Can You Receive Workers’ Comp if Injured While Working from Home in PA? 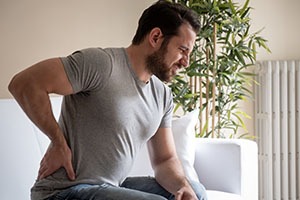 As we continue acclimating to our “new normal,” millions of people continue to work from home. While injuries sustained at an employee’s place of work are covered by workers’ compensation, what about those sustained while working from home?

According to the rulings of Pennsylvania Courts, work-from-home injuries are generally included as compensable claims. However, there are always exceptions.

As with in-office injuries, the injury must occur within “normal working hours.” While working from home does not eliminate normal working hours, breaks and interruptions to work throughout the day can lead to the employee being outside of the scope of work. It depends on the specific facts and circumstances of each case.

Acting in Furtherance of the Employer’s Interests

Under PA law, a quick break to use the bathroom or pour oneself a drink does not break the employee’s status of “on the clock” as long as it’s for his or her “personal comfort” and that he or she is “acting in furtherance of the employer’s interests.” For years, workers have been awarded compensation for injuries that occurred off of work premises so long as it occurred while they were acting in furtherance of the employer’s interests.

As previously mentioned, in order for a work-from-injury to be compensable it must be established that the injury was sustained while in the course and scope of the employee’s work.

In the case of Werner v. WCAB (Greenleaf Serv. Corp.), the claimant suffered a fatal head injury at home during work hours. However, an investigation revealed that there was blood on the driveway.

At the hearing, his widow admitted that he had gotten the mail that day and that had taken numerous smoke breaks during which he would stand on the driveway or the front porch.

Since there wasn’t enough evidence to prove that his injury occurred while he was acting in furtherance of the employer’s interests, the claim was denied.

Freeburn Hamilton is Here to Help

The knowledgeable and experienced Workers’ Compensation attorneys at Freeburn Hamilton care about your health and wellbeing and can help you to receive the compensation that you deserve. To learn more or to schedule a free consultation, call us at 717-777-7777 today!