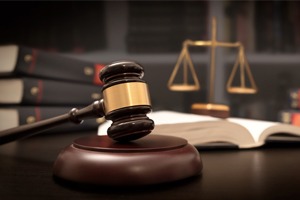 The Senate Transportation Committee has approved Senate Bill 773, known as Deana’s Law, which was named in memory of Deana Eckman, a Delaware County woman who was killed by a drunk driver who had multiple previous DUI convictions.

Deana’s Law would require the use of specific technology in order to deter and reduce the number of repeat offenders. It would mandate the use of continuous alcohol monitoring (CAM) devices for the first time in the state of Pennsylvania.

A CAM device straps to an individual and tests a person’s perspiration for alcohol at regular intervals. The device then transmits the information back to a monitoring agency.

Over the last seven years, CAM devices have been tested in York County for the purpose of adjudicating DUI cases. As a result, there was a 90 percent reduction in the number of repeat DUI offenders in the first year alone.

These devices would be required for drivers who have been arrested for a third or subsequent DUI offense. In addition, the legislation would also increase the amount of jail time for those who are convicted of at least three DUIs. Individuals convicted of a fourth DUI would receive a 5-10 year sentence rather than the three-and-a-half to seven-year sentence that is currently in place. Additionally, those convicted of five or more DUI felonies would receive a 10-20 year sentence rather than the current three-and-a-half to seven years.

Sentences to be Served Consecutively

The legislation would also require that those individuals who have been convicted of a third DUI offense serve their sentence for that offense consecutively (not concurrently) to any other sentence currently being served or any other sentence to be imposed. The individual who killed Deana was out of jail because he had served concurrent sentences.

The bill is currently on track to be passed by the Senate prior to the first anniversary of Deana’s tragic death on February 16th.

If you or a loved one has been seriously injured in a car accident caused by a drunk driver, call the experienced Pennsylvania Drunk Driving Accident Attorneys at Freeburn Law for a free consultation. You can also submit a free case evaluation form online.

When you call, you’ll speak with a leading Harrisburg drunk driving accident lawyer for FREE. Freeburn Law will fight hard to seek the justice and the compensation you deserve after an accident. Just call the 7’s for help at 717-777-7777 or 570-777-7777. There is no attorney’s fee due up front—and we only get paid after you do.