Evolving Safety Technology Not Accounted for in Federal Crash Tests 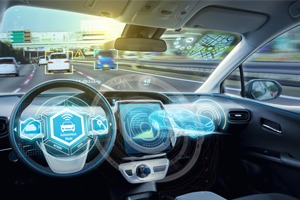 When deciding on what type of car to purchase, one thing people always evaluate is whether or not the car is safe and dependable, typically relying on available crash test information provided by the government.

In an effort to reduce the number of injuries and deaths on our roads, the federal government implemented crash tests through the New Car Assessment Program (NCAP). While these crash tests and the famous five-star rating system have been employed since the 1970s, they have failed to change with the times – more specifically the newer safety technology such as blind-spot detectors and emergency braking systems.

Once automakers recognized the gaps in testing, they began manipulating the program. They would produce vehicles that met necessary requirements in order to pass the tests but did not design vehicles that were necessarily as safe in real-life execution. This has been evidenced through the large amount of four and five-star rated vehicles, prompting safety groups like Consumer Reports to claim the test is too easy to pass.

Advocates for Highway and Auto Safety have called for the federal government to enhance and upgrade three things:

Fortunately, the NHTSA plans on implementing major upgrades for public comment in 2020. While this seems promising, similar promises were also made back in 2015, though the NHTSA failed to really follow up.

If you or a loved one has been injured in a car accident, due to the negligence or recklessness of another person, it can have a big impact on multiple aspects of your life. The experienced PA Car Accident Attorneys at Freeburn Law can help you to receive the compensation that you deserve. To learn more or to schedule a free consultation, call us at 717-777-7777 today!