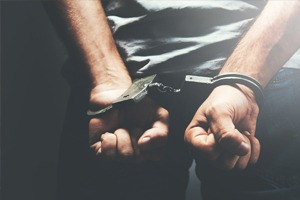 An Elizabethtown man has been arrested and charged in connection with injuring a pedestrian in a hit-and-run collision that occurred last year. An article on the incident is available here.

A 52-year-old resident of Elizabethtown, Pennsylvania has admitted to driving the vehicle involved in a March 2018 collision which left a pedestrian seriously injured. In a news release, police sources say the suspect left the scene of a collision at the intersection of Market Street and West High Street in Elizabethtown borough on the evening of March 28th.

Police have charged the man with one felony count of accidents involving death or personal injury. After a preliminary arraignment, the suspect was released on $100,000 unsecured bond. His unnamed victim suffered serious injuries in the crash—including multiple lacerations, several broken bones, and a head injury. Police say the victim continues to recover from those injuries. Sources say he is improving daily.

According to the Center For Disease Control and Prevention (CDC), in 2015, 5,376 pedestrians were killed in traffic crashes in the United States. This averages to one crash-related pedestrian death every 1.6 hours. According to the Pennsylvania Department of Transportation (PennDOT), in 2017, 4,293pedestrians were involved in accidents in Pennsylvania—150 of which were killed.

If you or a loved one has been seriously injured in a car accident, call the experienced Pennsylvania Car Accident Attorneys at Freeburn Hamilton for your free consultation.

When you call, you’ll speak with a leading Harrisburg car accident lawyer for FREE. Freeburn Hamilton will fight hard to seek the justice and the compensation you deserve after an accident. Just call the 7’s for help at 717-777-7777 or 570-777-7777. There is no attorney’s fee due up front—and we only get paid after you do.