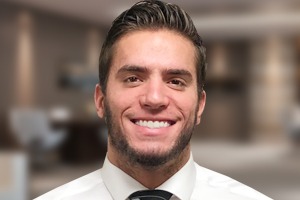 Freeburn & Hamilton is proud to announce that Jonathan Schnaars has accepted a position as its newest law clerk.  Jon is a second year student at Widener Commonwealth Law School where he is in the top 20% of his class. Jon’s interest in the law was sparked by his passion for philosophy and his competitive nature.

In his free time, Jon enjoys working out, spending time with his family and friends, and keeping up with world news and events.