One Child Killed, Two Injured After Accident at Bus Stop 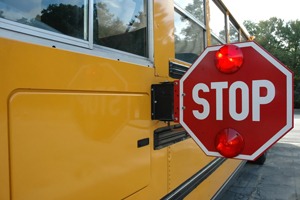 Police sources in Butler County have reported two children have been injured—and another killed—when they were struck by a vehicle while waiting for a school bus. An article on this emerging story is available here.

State Police in western Pennsylvania’s Butler County say three children from Summit Township were struck by a sports-utility vehicle on the morning of January 14th. The first officer to respond to the scene immediately performed emergency first-aid on at least one of the children involved.

An eight-year-old girl suffered a minor ankle injury. A ten-year-old boy was airlifted to Pittsburgh’s UPMC Children’s Hospital with injuries that have not yet been disclosed. Sadly, one eleven-year-old boy was transported to Butler Memorial Hospital, where he was later pronounced dead. Another local news source later identified the three children as siblings—and has also identified the driver of the SUV as a faculty member employed by Summit Elementary School.

Sources within the Pennsylvania State Police say the driver of the SUV did not see the children—all from the Butler Area School District—as they stood by the roadside. They have indicated reduced visibility—potentially caused by morning sun glare—may have contributed to the accident. State Police say no charges have been filed and the investigation is currently ongoing.

A Local and National Concern

If you or a loved one has been seriously injured in a car accident, call the experienced Pennsylvania Car Accident Attorneys at Freeburn Hamilton for your free consultation.

When you call, you’ll speak with a leading Harrisburg car accident lawyer for FREE. Freeburn Hamilton will fight hard to seek the justice and the compensation you deserve after an accident. Just call the 7’s for help at 717-777-7777 or 570-777-7777. There is no attorney’s fee due up front—and we only get paid after you do.