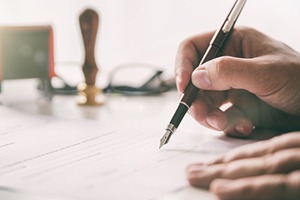 The Pennsylvania State Senate recently signed Senate Bill 961 into law. The change allows for tougher penalties for certain vehicle offenses by drivers under the influence—if the driver has previous DUI offenses on record. A link to the bill can be found here.

The Purpose of the Bill

Senate Bill 961 amends Title 75—the vehicle statutes—of the Pennsylvania Consolidated Statutes. The new bill increases penalties related to vehicular homicide while driving under the influence (DUI) for those convicted of prior DUI offenses.

Introduced by Senator John C. Rafferty, Jr. of the 44th Senate District; the law addresses what Senator Rafferty sees as “the inadequacy of existing law.” In his memorandum, he referenced a case in which a Chester County man with seven prior DUI convictions killed a 24-year-old motorcyclist while again driving under the influence. The driver—despite his prior convictions—faced the same three-year mandatory sentence he would have received had this been his first DUI.

According to the National Highway Traffic Safety Administration (NHTSA), 10,228 people died in crashes caused by drunk drivers in 2010. That number amounts to 31% of all traffic fatalities—or three deaths for every 100,000 Americans. To make matters worse, approximately one-third of all DUI-related arrests or convictions involve repeat offenders.

The Effect of the Change

The new legislation will raise the grading of a vehicular homicide while under the influence from a second-degree felony to a first-degree felony for drivers with previous DUI, vehicular homicide, or vehicular assault convictions. It will also increase the mandatory sentence from three to five years for those defendants with three or more of these serious convictions. Senator Rafferty cites the “enhanced risk a repeat offender poses to the public” as motivation behind the Bill.

If you or a loved one has been seriously injured in a car accident caused by a drunk driver, call the experienced Pennsylvania Drunk Driving Accident Attorneys at Freeburn Hamilton for your free consultation. You can also submit a free case evaluation form online.

When you call, you’ll speak with a leading Harrisburg drunk driving accident lawyer for FREE. Freeburn Hamilton will fight hard to seek the justice and the compensation you deserve after an accident. Just call the 7’s for help at 717-777-7777 or 570-777-7777. There is no attorney’s fee due up front—and we only get paid after you do.