Pennsylvania Drivers: Here’s What You Need to Know About The New Move Over Law 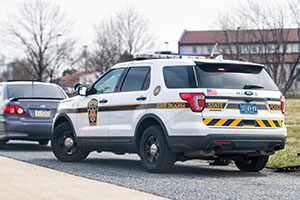 Every day, emergency service workers and road crews risk their lives to assist people who need immediate assistance or whose cars have broken down. Fortunately, in Pennsylvania, the laws are changing to protect those in emergency response areas.

Understanding the Move Over Law

Act 105 of 2020, signed on October 29th, 2020, took effect on April 27th, 2021. The Move Over Law requires Pennsylvania drivers to move into the left lane when approaching an emergency response area or emergency vehicle with lights flashing — including police officers, EMS crews, and tow truck drivers — or a disabled vehicle with proper indicators set up. An emergency response area is described as a location where an emergency vehicle’s lights are flashing or where road crews and emergency responders have flares, posted signs, or are attempting to alert motorists. If the driver cannot safely shift into the outer lane on a highway or multilane route, the driver must proceed 20 mph below the posted speed limit.

When responding to collisions on busy roads and highways, first responders put themselves in danger, and laws like this are designed to reduce the risks they face. According to the Federal Highway Administration and Bureau of Labor Statistics, 225 first responders were killed after being hit by cars on the highway between 2003 and 2008. If non-first responders and non-fatal accidents were included in the figures, the numbers would certainly increase. The fines are now more in line with regulations that cover road crews in construction zones that face similar dangers.

What Does The Law Mean For Drivers?

The Move Over law penalizes drivers who refuse to merge into the lane that is not next to the emergency response area by adding two points to their license. First-time offenders face additional fines set at $500 while second-time offenders face a $1,000 fine, and third and subsequent offenders face a fine of $2,000. For a third or subsequent offender, the driver will have their license suspended for 90-days. The license suspension also applies to the case in which another person is critically injured or killed. If the person injured or killed was an emergency care worker or was near a disabled car, the suspension is six months. Additionally, the law sets additional fines of up to $10,000 for violators who injure or kill an emergency service responder or person in or near a disabled vehicle. Lastly, there are now doubled fines for several traffic violations when committed in an emergency response area when first responders are present.

It can seem impossible and overwhelming to recover from a car accident. That’s why Freeburn Hamilton’s compassionate car accident lawyers are here to help.

Schedule a free consultation with one of our experienced attorneys by calling 717-777-7777 or by completing a contact form online to get in touch with us right away.

Our lawyers have witnessed all of the strategies used by insurance companies to avoid responsibility for motor vehicle accident victims. You can rely on us to work tirelessly to obtain the maximum compensation for your injuries.