The FDA Hid Deadly Surgical Stapler Malfunctions From The Public 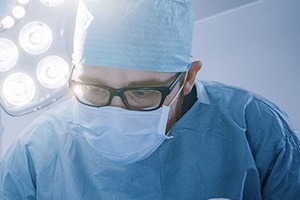 Surgical staplers cut and seal blood vessels and tissue, but when they fail to fire, patients have bled profusely and suffered serious injuries or even death.  The FDA has said that stapler malfunctions or misuse of staplers can lead to “bleeding, sepsis, tearing of internal tissues and organs, increased risk of cancer recurrence, and death.”

Therefore, the safety of surgical staplers is a matter of great public importance, and one would think that the FDA would have made reports of such incidents available on its public database for all to see, including public safety experts.  However, that was not the case.

The FDA maintains a public database called the Manufacturer and User Facility Device Experience, or MAUDE, which is widely used by doctors and researchers to track problems.  However, it has come to light that the FDA also maintained a secret, internal database to which it allowed certain manufacturers to submit so-called “summary reports,” thereby bypassing MAUDE, and public disclosure.  An investigation found that in 2016 alone nearly 10,000 reports of surgical stapler malfunction were submitted to the secret, internal FDA database, during which time only 100 injuries or malfunctions were disclosed to MAUDE.

The FDA’s secret database is part of a Broad FDA program called “alternative summary reporting,” to which it allowed summary reports on about 100 devices to be submitted.  Since the start of 2016, more than 1.1 million serious injuries or malfunctions were reported to the secret database instead of being disclosed to MAUDE, the public database.

Stapler maker Medtronic’s reports of injuries and malfunction soared from 1,000 in 2015, to 11,000 in 2018, after its exemption ended in 2017.  Ethicon is another surgical stapler manufacturer, which said that it did not use the reporting exemption.   It has now been learned that the FDA received more than 41,000 individual device reports for surgical staplers, including 366 deaths, more than 9,000 serious injuries, and more than 32,000 malfunctions from January 1, 2011, to March 31, 2018, that were not previously disclosed to the public.

If you believe that you or a loved one has suffered serious injuries or death due to a malfunction of a surgical stapler, it is important that you take prompt action because time limits exist that may bar you from pursuing a claim.  Contact the Defective Surgical Stapler Lawyers at Freeburn Hamilton today by calling (717) 777-7777.