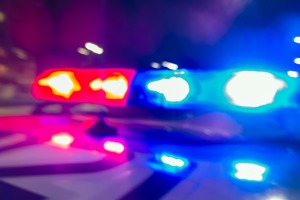 A recent collision in Hamilton Township, Adams County has left two people dead and a third in critical condition. A news report on the crash is available here.

The crash—which took place on Carlisle Pike north of Pine Run Road—occurred when a vehicle traveling at a high rate of speed lost control and crossed the road, striking another vehicle head-on. One vehicle caught fire with the driver still inside.

One of the drivers—22-year-old Gretchen Gebhart of Littlestown—died of multiple blunt force injuries, according to police sources. Her death was deemed accidental. Her body was badly burned and later identified through dental records.

The other driver—34-year-old Amy Tuckey of Gardners—was taken to York Hospital and is listed in critical condition. Emergency responders pronounced her passenger—55-year-old Wesley Griffis of Gardners—dead at the scene of the incident.

Every year, hundreds-of-thousands of people are injured due to excessive speed and distracted driving. In the event of a motor vehicle accident, the right attorney will investigate every detail of the accident and fight hard to ensure your rights are protected.

If you or a loved one has been seriously injured in an accident, call the experienced Pennsylvania car accident attorneys at Freeburn Hamilton for help at 717-777-7777. Speed and distracted driving are a deadly combination.

When you call, you’ll speak with a leading Harrisburg car accident lawyer for FREE. Freeburn Hamilton will fight hard to seek the justice and the compensation you deserve after an accident. Just call the 7’s for help at 717-777-7777 or 570-777-7777. There is no attorney’s fee due up front, and we only get paid after you do.